It doesn’t take much to fall in love with Nicaragua. It’s not instant. Like at-the-airport-instant, when the customs guy drearily digs through my undies, showing a half-baked interest in what my life looks like under my t-shirt, and a curiosity in whether that toy helicopter is actually a drone. Nope. Not a drone. FYI, they don’t like drones here, or protestors.

But once we were cleared for being drone-free and compliant (and undies all passed the security check), we rebalanced our baggage awkwardly onto a trolley, hoiked our dreary kids high on our hips, and heaved toward the exit gates. As the doors opened, with a humid rush of air up the nostrils, we breathed in Nicaragua and started to feel the love.

The buzz built immediately when I saw an old college mate from years past waving to us through the exit doors. The familiar face of Jackson Roland was priceless for a tired family who knew little about Nicaragua except for its blemished international reputation and the rigid international government warnings. Still, we’d learned a lot ahead of time, and most of it had been through and Jackson, an Aussie resident of Nicaragua for almost a decade now.

Jackson has years of experiences that prove Nicaragua is not the volatile beast some nations of the world make it out to be. He’s seen the turmoil of the past few years and indeed been affected alongside his ex-pat and local friends by what is referred to as ‘the situation’. Nonetheless, life here seems beautiful despite the situation, and the people in this country appear resolute to prove its worth.

Through thick and thin, Jacko’s been running a beautiful surf and yoga retreat called Magnific Rock which beckons both gringos and locals for great eats, good surf and stunning sunsets. He was our drawcard for Nicaragua. For almost 10 years he’d been planting the seeds with alluring Facebook posts and promises of endless surf, yoga and affordable babysitters. A pretty easy hook for me! But he handed me the winning ticket to convince my husband when he told me he’d become the National Rugby Coach for Nicaragua and was hosting an international tournament in November 2019. Well, I just have to give Witty the sniff of a rugby boot, and I reckon I can get him anywhere. Nicaragua, where? Ruby? YES. Suffice to say my husband LOVES Nicaragua and is playing international rugby this weekend. 5 games. On my birthday. Another story again.

In that first night, Jackson and his girlfriend escorted us through the sprawling streets of Managua in their truck and parked us up safe and sound in a beautiful apartment next to theirs, overlooking the city lights of the capital. 12 hours later, we blinked ourselves out of our comas and convened at a delightful coffee shop which was, perhaps, Managua’s gentlest transition for gringos arriving from Montreal (home of snazzy bars and trendy cafes). The gorgeous courtyard in Molinos cafe was dressed from ceiling to floor in hanging vines, cutting out the glare of the day. It could have been the jet lag, but it seemed almost heavenly as water features trickled and mixed with acoustic tunes and morning chatter. Fresh faced waiters trotted back and forth with glasses of water or forks wrapped up in tiny bits of tissue paper and as I stumbled through my food, we sat back and Jackson filled us in on his experiences over the past few years. He briefed us with the real current political situation and how it pertains to us as gringo visitors, here and now. As I took in the stories of chaos, seductive beauty and cultural quirks, and knocked back a 3rd barista-pressed latte with soy milk (never since seen in Nicaragua) I felt that surge of curiosity creeping in for this place in which we’d found ourselves. The new, the unknown. Two tickets to love.

Once caffeinated and ready for action, it was time to crack on and tick off some tasks. We had to pick up a car for us to use during our stay in the country, and do the obligatory “moving in” shop before heading out to our new home on the remote Emerald Coast. By mid afternoon, the boys had sourced a sturdy old Prado from a friend of Jackson’s. They managed to procure it since the owner left the country after participating in ‘the situation’. But this was another (albeit fascinating) story. The 4WD itself came complete with new tires, secure weather trims on the windows (momentarily) and a great security system: so great, in fact, that as we parked up to do that final grocery shop, we effortlessly locked both of our kids inside the car with the engine running and the keys in the ignition. Not bad for a pair of gringos who hadn’t been in the country for a day!

Talk about commotion! Within 15 minutes our car was surrounded by 20 supermarket staff and a swag of curious Samaritans who began problem solving by banging on the windows and trying (unsuccessfully) to get young Atlas to take off his headphones or look up from his episode of PJ Masks! With our girl strapped to her car seat and our boy evidently strapped to his screen, things were looking grim. People started rocking the car and tearing the weather trims off in an honest effort to break in. But the show didn’t truly peak until the flashing lights of an ambulance, 4 officers, a fire engine and a complete team of firefighters in all their yellow glory descended on the crowd!

We didn’t have time to figure out how or indeed why the emergency services knew about our plight before the unsung hero, Jackson’s ‘friend’, arrived with a single metal rod and broke into the car with a swift hook, turn and pull! When Jackson casually explained this happens often enough to warrant him knowing “a guy to sort out break-ins”, I laughed. This pearl of information ushered in yet another ‘aha’ moment that would shape my love for Nicaragua. And while some of us were momentarily traumatised by the whole event, it made for great chat during the ensuing 3 hour drive to coast.

Importantly, it’s the little things that make a newcomer’s introduction to a country memorable. If you look at this situation, you see the drama but you also see the kindness in a swarm of strangers who sought out to help us save our kids from certain peril! We can’t help but love that one stranger we will never meet who actually called the emergency services on us! And who doesn’t love a country that rolls out the help carpet like that and doesn’t even bribe you while you’re down!

As the commotion came to an end, the babies were back in arms with their fairly embarrassed parents and the yellow suits handed out an obligatory 35 bottles of water, free of charge. The only thing they asked of us was a few details to fill out an incident form. Swiftly jotting down a few names and birthdates on a dodgy piece of paper, the ambo smiled knowingly at Witty’s Spanglish, and instead of fussing with the spelling of his surname, he simply scribed out in big bold letters – “GRINGO”. Nice one Nica. Love your style. 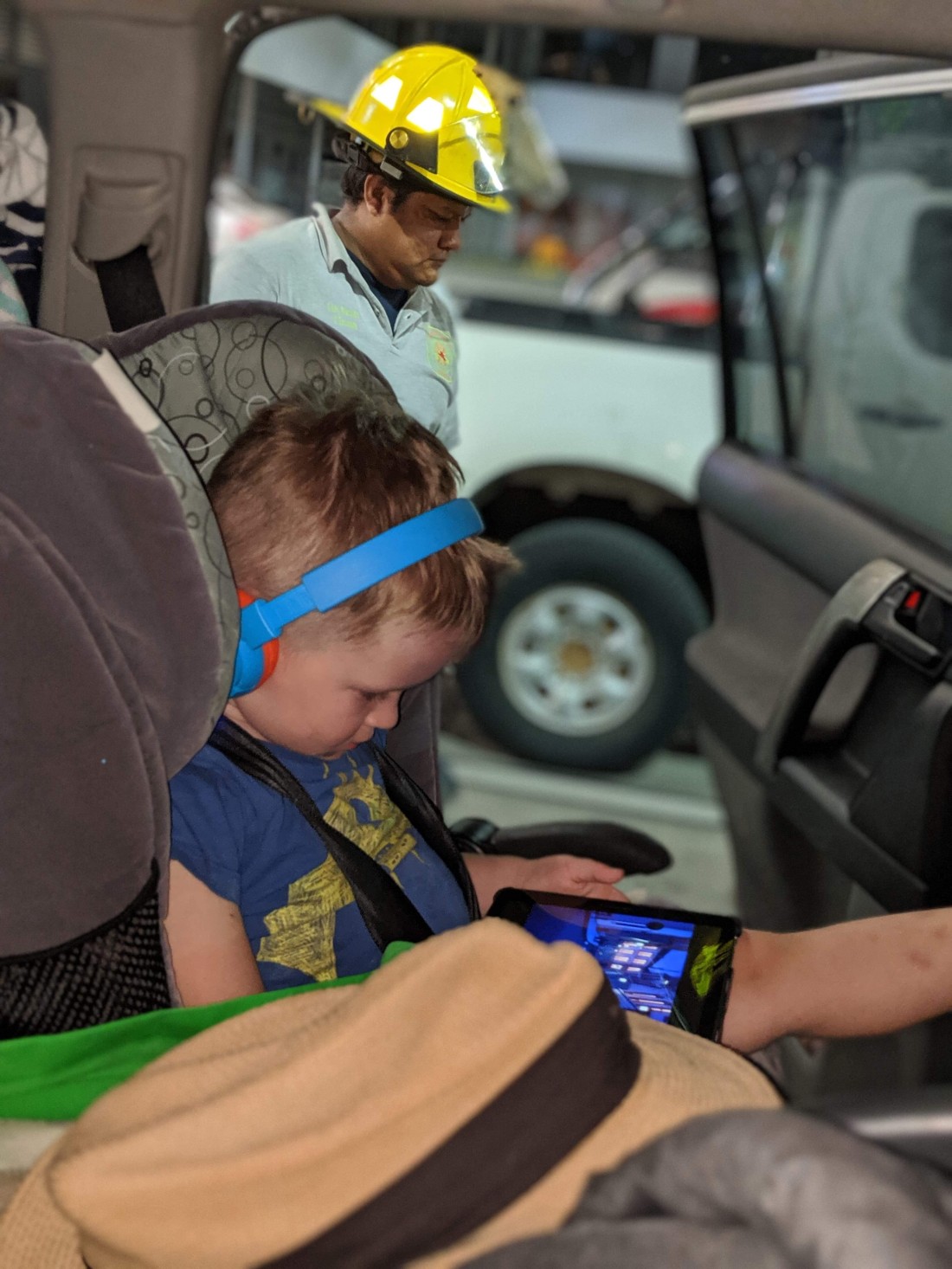 3 thoughts on “Lock it in: A gringo’s introduction to Nicaragua”