It’s not every day that you’d leave the sun-kissed beaches of Mallorca in Spain for wet feet and what the locals call ‘desperate’ weather in Ireland. But it wasn’t just every day. It was my gorgeous friend Bex’s 40thish birthday and accompanying that actual day, was the lure of many birthday celebrations around said day, that spanned from go to whoa-ho-ho for a couple of weeks, across a swag of markets and food festivals! Of course, there was also a tempting palate of fermented grape and juniper berry flavours calling us to the farmhouse table. Well, who could resist the temptation? We booked our tickets, pulled our wooly socks from the bottom of the pack and off we flew, late-night-budget-flight to the cooler climes. Hello Dublin. Hello West Cork! 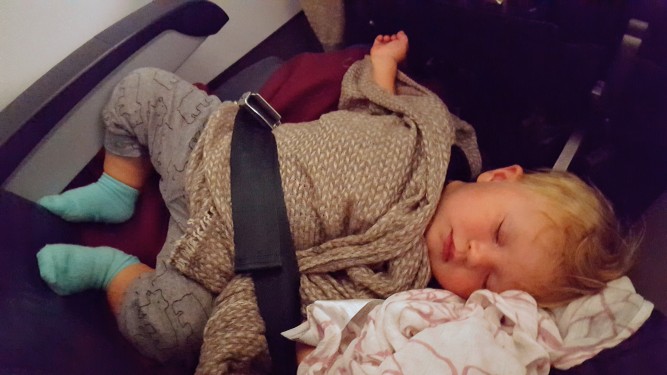 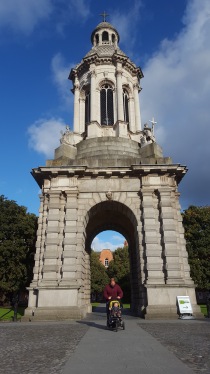 We Wittys love our reunions during this worldly wander. In fact, it’s the one thing that keeps us going. If it was all just sight seeing and nappy changes, we would be home by now. There’s only so much touristy stuff you can truly enjoy alone, and only so many museums young Atlas will toddle through without causing mass destruction. FACT. It is really the people you meet and reunite with along the way that recharges the batteries, tunes up the heart strings and boosts your enthusiasm enough to carry on to the next airport. I know we can’t see everyone along the way, but we give it a damn good crack, and for those we can see, let it be known we revel in catching up with you, shooting the breeze, clinking glasses and reflecting on how our lives have changed and grown since we last met. 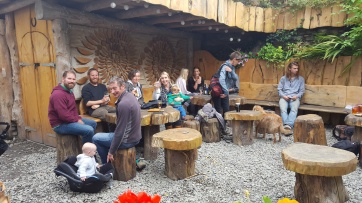 I guess the fact that we already caught up with Bex, Ant and baby Delilah in Portugal last month, is a testament to their moorishness! In particular it is the chuckles that come with this friendship that we’ve been loving, and a renewed desire to spend more time together because our babies who, coincidentally, are born only a few days apart, get along so well.

Bex only left our neighbourhood in little Darwin 2 years ago for big love and a new life in rural Ireland. It was a bold decision, and evidently a great one. I got to know the family she’d made when she introduced me to Ant and baby Delilah Mae Moon in the Algarve, and I got to fall in love with them too! Still, despite great long yarns had at the beaches and in the mountains of Portugal, I knew I’d be missing the full picture of this big life change that Bex undertook, if I didn’t see life in Ireland as it is for her now. Holidays are holidays, beaches are beaches, but friends, life, and the way we live those lives, well, that is the special part.

That’s the bit where we learn a thing or two while we’re ‘on the road’. We learn not just about the history and politics listed on museum walls, but in the tales told by friends around the kitchen table. In each pocket of the globe, we are all making these little histories and living through these political sitches… all a little differently and in some way, still the same. 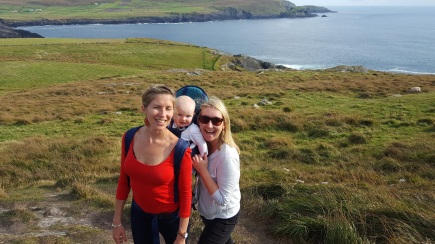 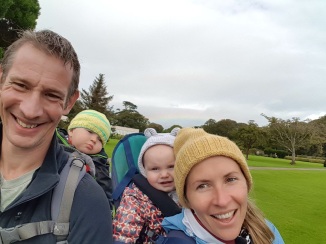 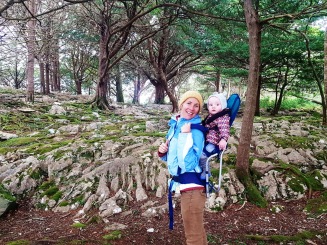 Anyways, before we drove down to beautiful birthday-mania in West Cork, we squeezed in a weekend window in Dublin. We ticked a couple of the tourist boxes, being that we drank Guinness in the Sky lounge of the Guinness Brewhouse, walked through the beautiful Trinity College and got lost trying to find a DART train station in the rain. 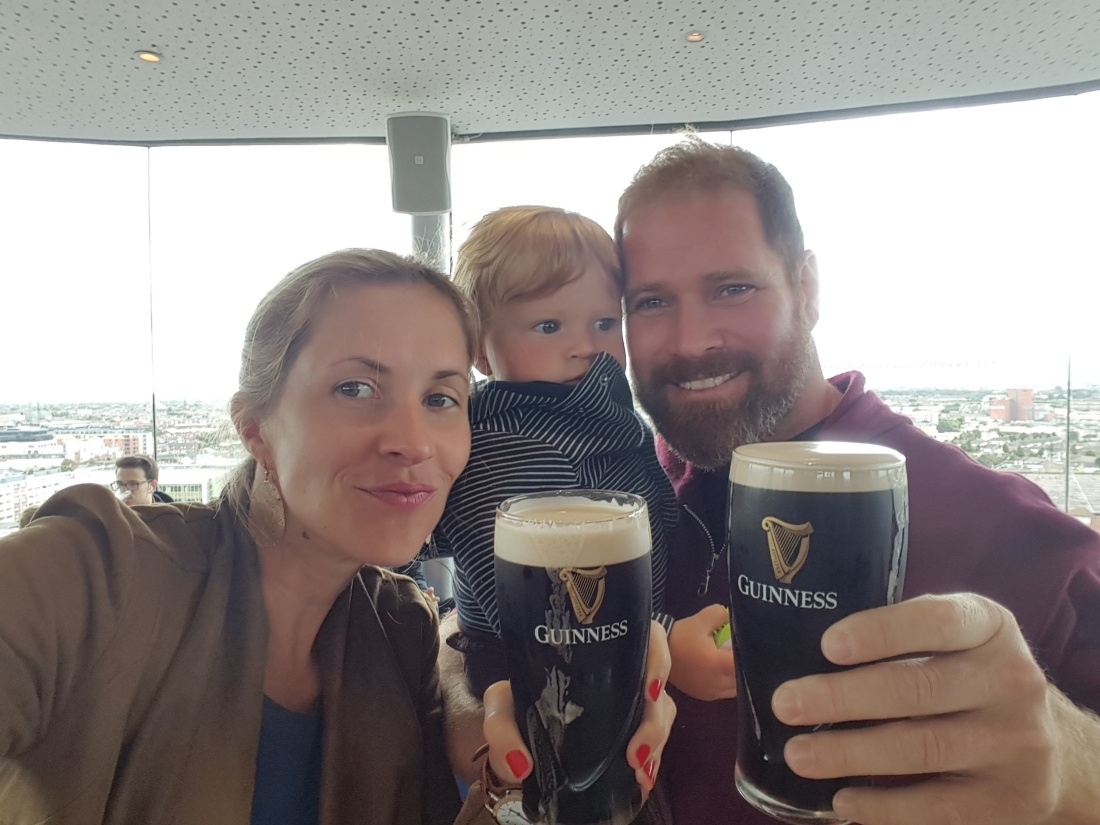 But most memorably, we caught up with a crazy pair of Irish larrikins who I knew 7 years ago as backpackers in Darwin. This crazy couple had rented a room in my brother’s city unit when I was also mad enough to live there. We were like squatters, on top of the world! Or at least on the 4th floor. There were many shenanigans had at that unit, as well as at the real downtown watering hall, Shenanigans. But that was back in the day. Jump forward 7 years. The sun came out (a bit), we found the bloody DART station, and we tied in with Amy and Gareth at the Dun Laoghaire markets eating Indian and sausage sandwiches on the lawns with the other sun seekers. It was a good craic catching up with them again and ceremoniously sipping down a Guinness together. These two are freshly married and more fresh and crazy then they were 7 years ago. Always good to see some smiles never change! 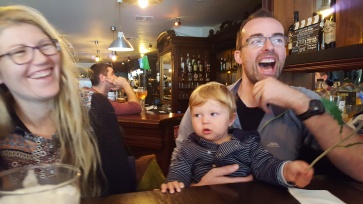 Now here we are in West Cork. It’s an incredible patch of Ireland on the South West Coast, known for its ‘blow in’ hippies, colourful villages and strikingly beautiful scenery with craggy mountains, green hillsides and black slate cliffs jutting into clear sea. In fact, there’s a huge variety of landscapes that we’ve seen in this lackadaisical 2 week jaunt. And every windy road brings you up over a crest and to yet another breathtaking view.

Bex and Ant live on a hilly patch of land on the side of the mountain. The first National Park ever established in Ireland is pretty much on their back doorstep, woven between sheep farms and wind farms. When I took Finn Atlas up through the neighbour’s property to get a view from the wind farms, we passed sheep with various bright colours smeared across their backs. Turns out the shepherds paint the ramming Ram’s belly a certain colour each fortnight, so once ‘loved up’, they can determine when a sheep was mounted, and when to expect her lambs. Sheep antics, colour coded!

Ant and Bex steer clear of the sheep antics, but they do have three mouse-eating cats to contend with, two mighty horses and a shetland pony with attitude, named Dougal. Dougal kicked Witty up the arse twice promptly after we arrived. I got it on camera. Cheeky Dougal.

Lucky for us, they don’t have cows, so we were able to move into the cow shed next to the house! To be truthful, Ant’s youngest son Ollie sweetly moved out of his cow shed for us so we could stay, and contrary to what the name suggests, this glorified ‘shed’ is brightly painted and sun spills through the sky light down into a cozy home, warmed by a wood-fire stove. Besides one fun night in swanky suites at Bantry House for Bex’s big after-hours party, this has been our home. It is where we wake up in the morning to the horses at the window, and where we take midday naps, and share reading an old paperback of ‘A Fortunate Life’ by AJ Facey. 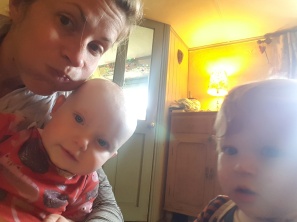 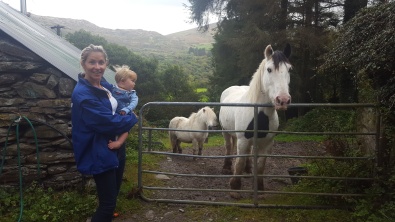 To celebrate Bex’s birthday was very special for me and in true Bex form, she threw a ripper. At her party, I got to meet her closest friends, and see the incredible life she has made here with Ant. Bex held it in a huge old Stately Home, and despite the freeeeeakin’ cold weather, everyone dined al fresco overlooking this incredible garden and view, and we danced to the live music to warm up our bones.

My folks just so happened to be in Europe, and as such, were invited by Bex to join in the fun. Needless to say, this added even more to this momentous occasion for me, getting to see this crazy pair again and watching them love our babies together! 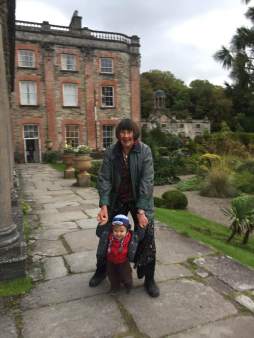 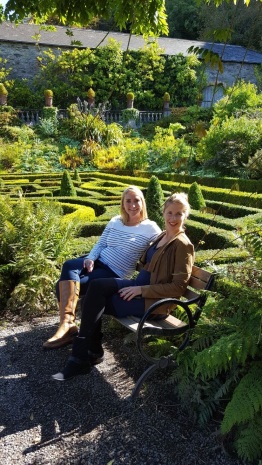 It’s been soooooo good to have some time to just ‘be’ with this lot and hang out as ‘Blow-ins’ to West Cork for a bit. We’ve had the time to walk up and around the block with the babies, drink cups of ginger coffee at Bex’s favourite cafe, Organico, visit castles and pubs (equally important in our history), binge on TV game shows (long live 8 out of 10 Cats does Countdown) and to eat, drink and be merry! Did I mention the backgammon and the Monopoly Deal? There’s some talent in this motley crew of us. 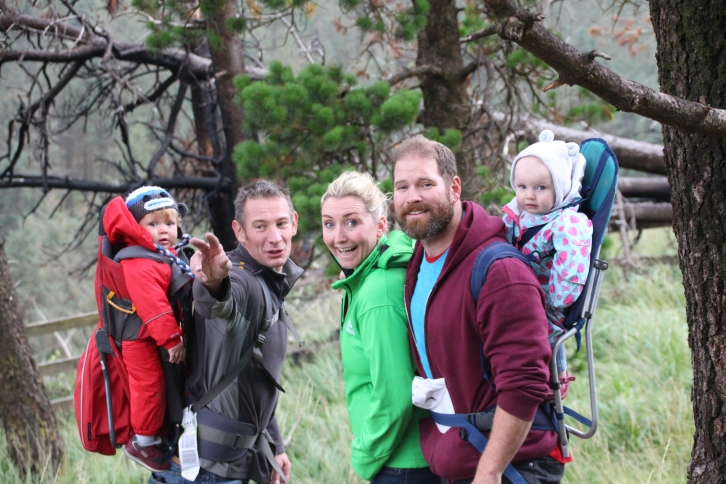 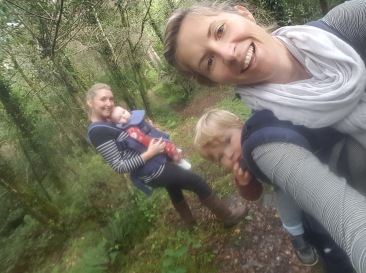 Bex and Ant have taken time off while we were here, and they’ve showed us, and my folks, some great spots around Kerry and West Cork. I’m not sure if the Irish are taking the mickey, but there’s a lot of towns with ‘balls’ in the name. I’ll admit that in Darwin, a road called Dick Ward Drive flows into the suburb of Fanny Bay, but here in West Cork we also drove through Ballylickey and on to the valley of Coomhola. I dunno, I just put it down to Irish antics. 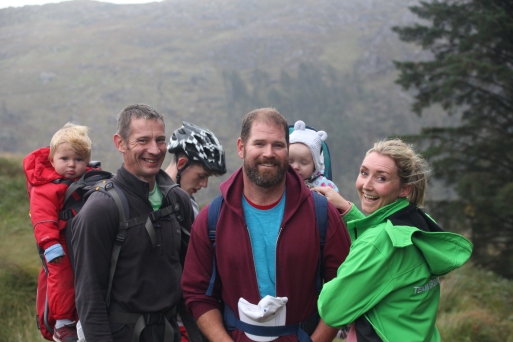 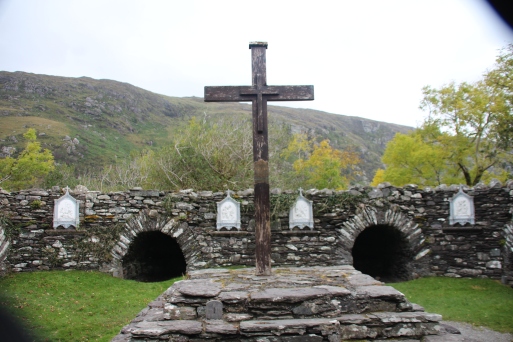 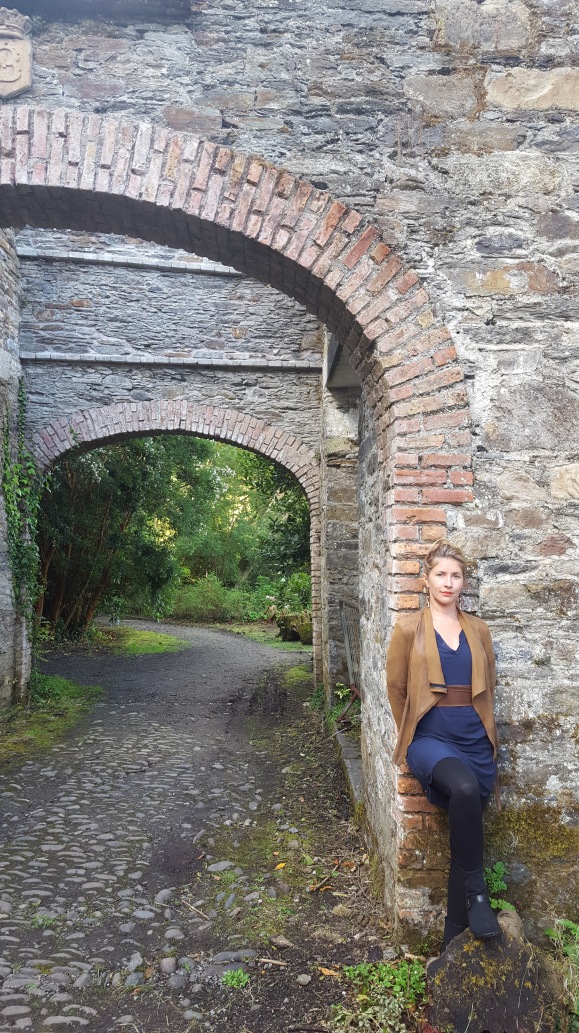 The weather isn’t as desperate as we expected, and while people definitely speak another form of English and finish most sentences with ‘right so’, we feel like we could fit in here. I mean, Witty is thrilled that, after 6 weeks in Spain and Portugal, he at least understands 40% of what people are saying to him. That’s an increase of … 38%. All in all, things are sounding good. Slainte Eire!