Once we left the quiet shores and relaxed lifestyle of Denman Island, our plan was to use our final month in the north country, hopping, skipping and a jumping through three of Canada’s bustling and beautiful cities. Magical Montreal was luring us to its streets during festival season, and Witty had a long overdue catch up with a great friend near Toronto, but our first stop was Vancouver. To add dangerous delight to this big city stop, Witty’s brother Dave and wife Sass had decided to fly over from Australia to meet us there for a week of celebrations in honour of Dave’s 40th birthday. Was it rockstar status? Hellzyah it was!

Leaving our hire car on Vancouver Island, we hauled ass (and our lugga-lug luggage) onto the public ferry, across the bay, and plonked ourselves onto a public bus to Downtown Vancouver. It may sound toats posh, but we really hadn’t done public transport with all of our gear in hand so far. Truth be known, until now, it had always been cheaper to hire a car or get a taxi, once you counted two people’s train/bus tickets… and occasionally put on a small price on the drama of dragging pram, baby backpack, baby car capsule, baby bed and Atlas-sized baby several hundred meters through the streets! But not this time. Once crammed into a bus, we buzzed smoothly into the CBD, then hailed a taxi to take us the last leg of our day’s journey… to AirBnB home number 6427 (so it felt).

Vavoom! Vancouver was like a wild slap on the face! It was a city of contrasts and conflicting emotions. It confronted me with its poverty, and it excited me with its inspirational people and their eclectic lifestyles. Since we’d been lackadaisically living in an island cabin in the woods, the grit and the glamour of Vancouver shook us awake.

As we rolled through East Van to our pad, our Pakistani taxi driver told us about the homelessness in the area. He didn’t have to use many words; the picture outside the car window painted a thousand of them. It was shocking… and bitterly upsetting. Tattered lines of people of all ages and backgrounds seemed to wander like zombies up and down East Hastings street sidewalks, carrying a grimy plastic bag of belongings, or simply sitting on the curb with a crack pipe in hand. It was a bizarre contrast to the serene island life we’d left that morning, but we had been told about it too. While we kind of knew what to expect, seeing the reality of homelessness, drug addiction and poverty with such intensity literally took my breath away.

The taxi turned off the main drag, and incredibly, like the flick of a switch, the energy changed. I breathed a sigh of relief. Alongside manicured gardens, families wandered down shaded neighbourhoods with prams, young, well-dressed workers spun by on their trendy bikes toward town, and dogs happily walked their owners toward the park. It was literally only 30 meters from the main drag, but with a sharp turn to the right, it was like our taxi had passed through Narnia’s doors: a magical line between the wired world of East Hastings and the sweet streets of suburbia. This was Vancouver. Contrasts. 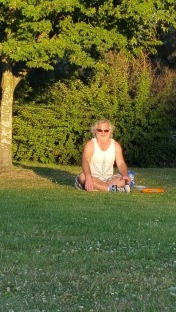 We spent a week in this incredible city of diversity. The gorgeous in-laws flew in, and so began the rambunctious celebrations. We maxed out each day with activities and indulgences. We rode bikes around Stanley Park with every other tourist in town, hired a speed boat and jetted across the harbour like rock stars. We hiked through stunning forests, drank cocktails at trendy bars, and unexpectedly, I caught up with some good old friends. This was lucky. Thanks to Facebook and its tricky tracking systems, I got gratefully found… and reunited with a beautiful old Darwin friend, another wonderful woman I met in Thailand in the aftermath of the 2004 tsunami, and one of the Darwin family kidlets who just became a father to twins. 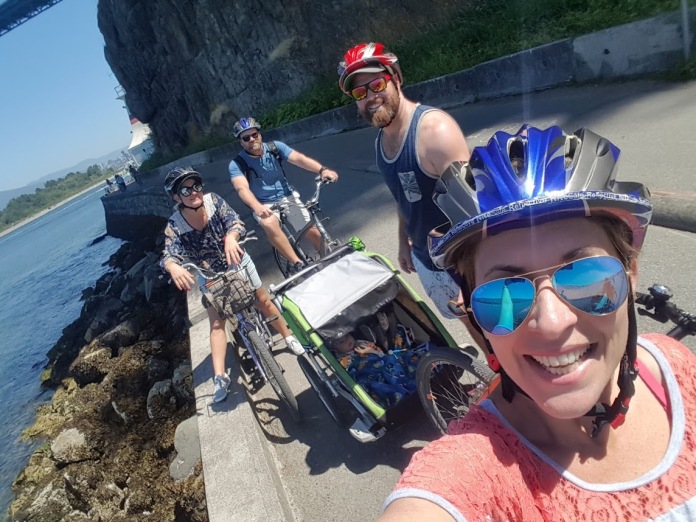 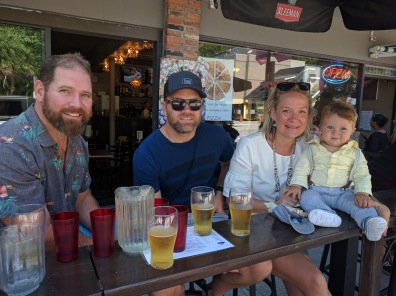 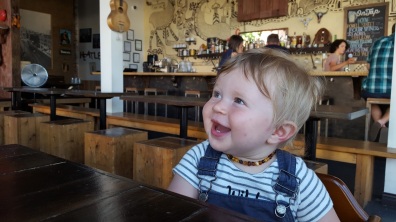 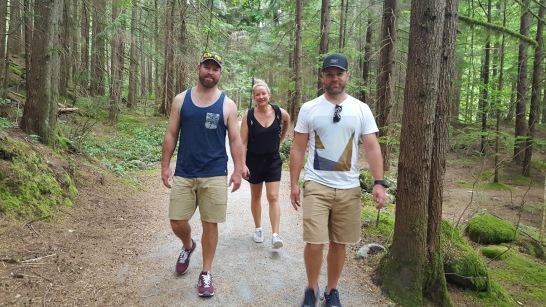 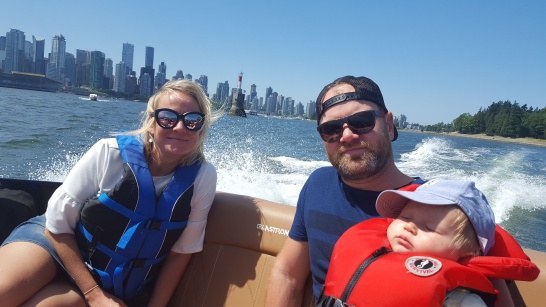 These locals showed the extended Whitrod clan a bloody great time. Thanks to them we were able to find the best microbreweries, the only ice creamery with 248 flavours to choose from, and the best markets to mooch around. We were even gifted with a car to use (thanks Katie!) and a babysitter so we could dine out ‘sans babe’ for Dave’s birthday (thanks again Kelly!)

We all felt the love for Vancouver. It was the long evenings in the park, the quirky people that frequented those spaces, and the beautiful vistas that captured our hearts. It’s the funky streets, the natural edges and the good vibes that we will always remember, but Vancouver’s East Hastings street holds its grip, and a place in the shadows of my heart.

While I felt seriously confronted by the misery that seemed to waft around me through these pockets of town, and felt guilty about my inability to change what I saw, it did make me appreciate what I have. It made me feel incredibly fortunate that I grew up with love in my life. Seeing a young man sit on the corner in such despair makes one hold their own baby boy tighter, squeeze his love in closer and try to breathe a protective goodness around him with whispers of promise. Shit like that wakes you up. It makes me determined to do right by my child, and hopefully be able to influence those who need it in some positive way too. Vancouver, is so very beautiful. But in its blunt and raw way, it made me take stock of the fortune into which we are born and raised. Thanks Vancouver. You’re a beautiful beast. 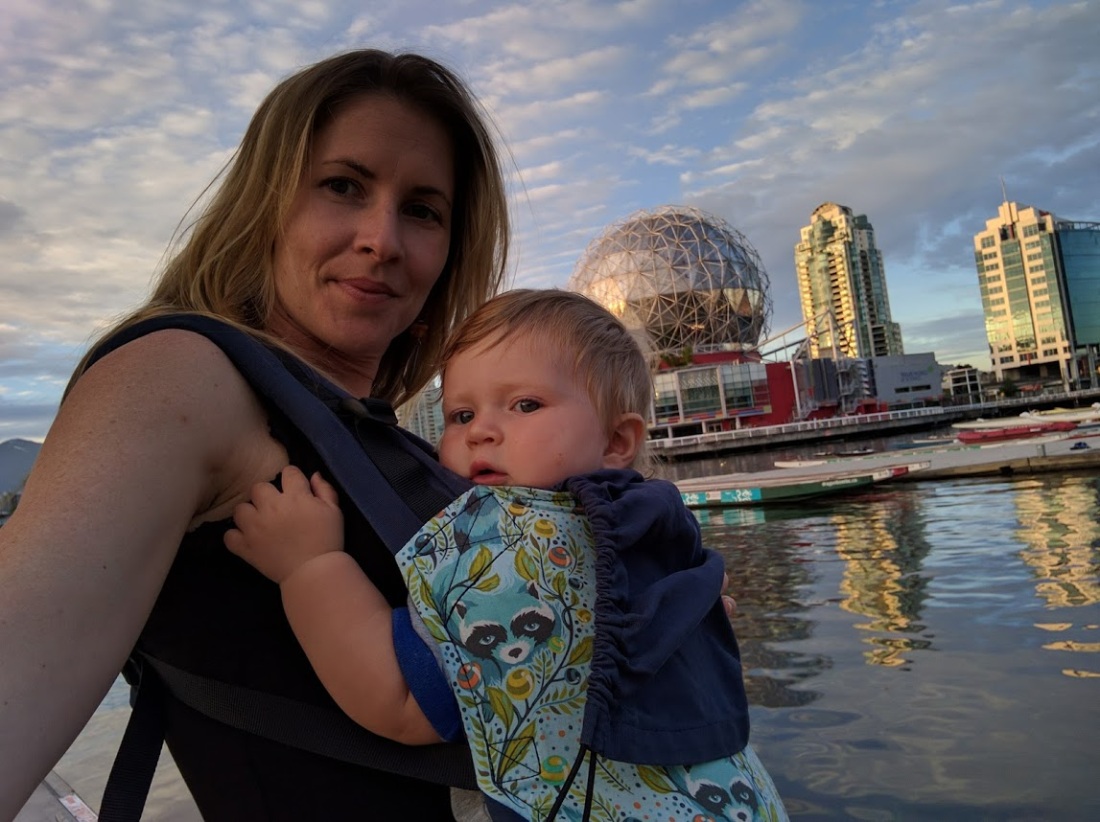 One thought on “Vancouver experiences”